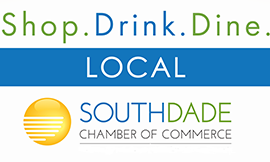 Chefs on the Run

Chefs on the Run

Chef Jodrick I. Ujaque, is an 8-year SoBeWFF veteran, born October 30th in Mayaguez Puerto Rico, is born to a family that is not strangers to food. They run the family business “Carniceria Ujaque” a butcher shop located in “La Plaza del Mercado” in their hometown established in 1946. Jodrick was also born into the industry by spending a few years of his youth in a hotel southwest of the island. It wasn’t until he came across a restaurant in Orlando Fl, that changed the way he saw food forever.

Chef Jodrick joined Cafe Tu Tu Tango in the year 2001 & inspired him to pursue a career in the culinary arts field. This was a place with, art, food, creativity, where individuality was embraced. With his degree in hand, he returned to the same place that brought his passion for food. As a cook he had the chance to assist the Chefs with the “additions” which were the Chef displayed their talents. He presented to the Orlando crowd Asian Lime Ribs which were a total hit. From the time spent in Orlando, he worked his way up from a cook to a supervisor, to a Sous Chef in a place with a small room with growth.

This brought him to Miami Fl, where Chef Jodrick worked as a Sous Chef for Cafe Tu Tu Tangos on Coconut Grove where he had full access for creativity for the very diverse Miami crowd. Stepping out of his comfort zone, he worked for Dolores but you can call me Lolita where he worked as a food consultant & as the Executive Chef for their original menu. After Dolores, he decided to go back to his roots as a “hardcore cook” where he worked for a well-recognized restaurant in Coral Gables, Ortanique at the Mile (Chef Cindy Hutson) River Oyster Bar (Chef David Baraka) in Brickell.

Chef Jodrick’s Chefs on the Run Assorted Cuisine was voted as the “Best Bites at the Beach” winner at the Food Network & Cooking Channel SoBe WFF 2014 & 2015, he was named as Culinary Captain at the 2018 Food Networks & Cooking Chanel SoBeWFF, Chef Jodrick was select to be a part of the 1st ever Taste of Puerto Rico hosted by Chef Jose Andres at SoBe WFF 2019

In March 2019 Chef Jodrick’s Chefs on the Run (COR) was the first restaurant from Homestead to ever be featured on “A la Carta” with Mariana Rodriguez on Telemundo 51.

Stop Procrastinating … For Good by The Big Think

Taking Action on Underperforming Employees by Tori Sutton One minute [...]

Originally named the Homestead Chamber of Commerce, the chamber was reorganized in 1917 and was renamed the South Dade Chamber of Commerce. Officers and directors were elected from Silver Palm, Modello and Redland, as well as the two cities, giving it a more regional view.